This has taken me forever to get out, because I did not get my pictures until last night, BUUUUT ... Uno and I came in THIRD and earned MONEY at the Championship earlier this month.   It has been a few weeks, so my memory of the show is a little spotty, but I wanted to do a brief recap and look ahead to the 2022 show season. Day One: Dressage:  Uno warmed up great, and I think that we put in a pretty good test, we were WAY more accurate with our circles and basic geometry. The judge did comment on making sure he doesn't drop onto the forehand in our downward transitions, and to work on maintaining our bend.  We ended up tied for 4th with a 30.4. Cross Country: We did cross country later that afternoon.  The course looked good, there were only two places on course where I was worried.  The first was a part of the old driving course that goes through a gully.  The footing there was very heavily graveled and my husband and I were worried about his feet and maybe picking up a stone.
Post a Comment
Read more 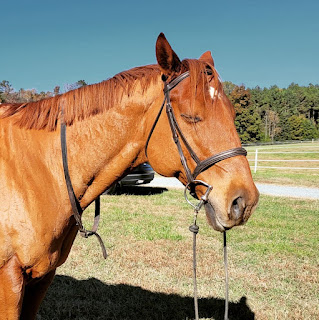 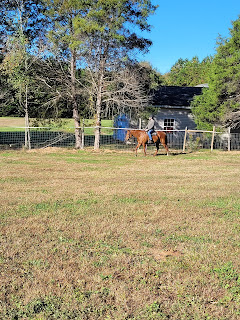 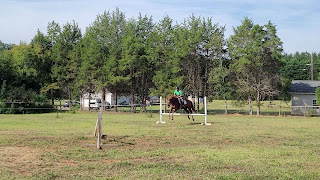 The show in detail 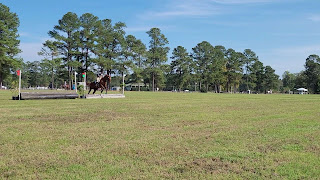 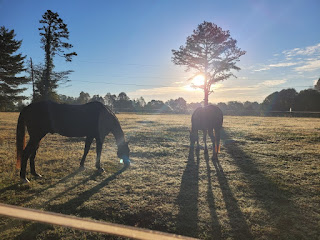 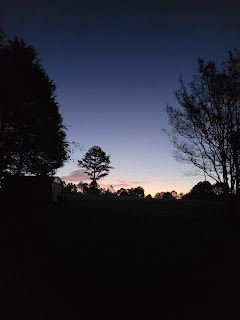 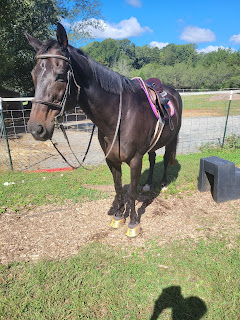 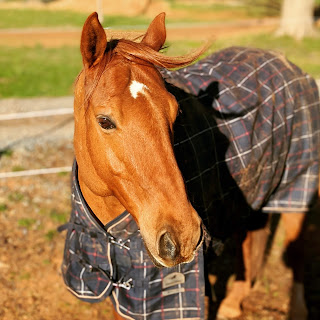 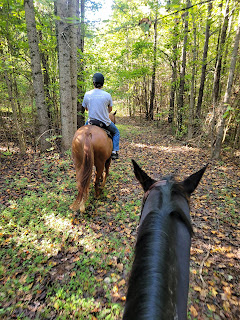 Uno was SO GOOD 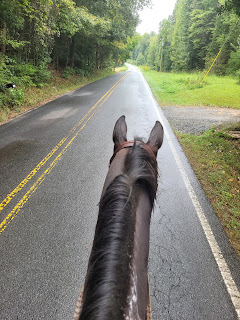