Next up was Uno, who was a little trickier.  Uno gets back sore v v easily.  He is built with a weak loin connection and any form of balance and collection is really hard on his body and requires a tremendous amount of effort.  Last year we injected his SI and saw a huge improvement.  Over the past 18 months, I have been managing him with work and robaxin.  We do as much long and low (really tough for him) as we can, and we lung over poles to help with strength.  This seems to be working as the vet could not find any soreness in his back. 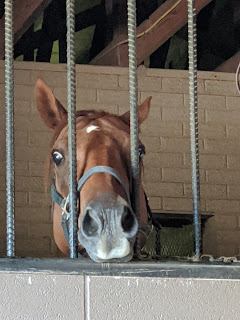 He was NOT ok being left while Dutch was looked at.

At our last (and only) HT of the year, the dressage judge commented (off record) that Uno took some funny steps and might be lame.  We jogged him out for multiple people and could not find it.  So in additon to checking up on his back I wanted the vet to search out this mysterious lameness.  In the pursuit of this, we found that Uno flexed slightly sore on his left hock.  After over 35 minutes we were also able to make him "lame" but trotting small circles to the left on slanted concrete.  Even then it was a minor bobble here and there.  The vet flexed and poke every inch of his front legs and hooves and could not come up with anything due to how slight the "lameness" was. His best guess was inflammation inside the hoof, although he was not reactive to hoof testers at all. 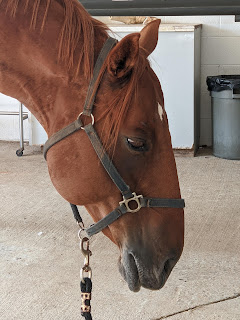 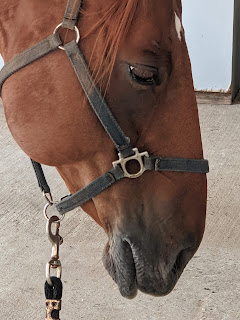 We decided to go ahead and inject the hocks and do a 10 day course of Previcox and see what that does. So Uno got all drugged up and scrubbed up. When the vet stuck the needle for his hock we were all surprised by how bad the fluid that came out was.  His left hock had very rusty orange fluid and even his right (which flexed and trotted fine) had yellow thick fluid.  This is a very stoic horse to be working as hard as he does with hocks the were that inflamed. 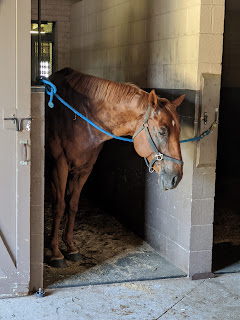 Waiting to wake up! 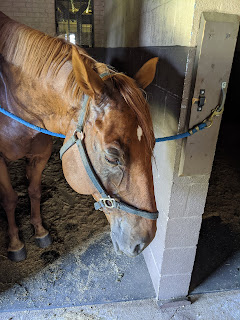 Uno had a light weekend of walk only and I hopped on for a dressage ride yesterday and he was AWESOME!  If the weather (and my bravery) align I am going to jump him around a bit tonight and see how that feels. 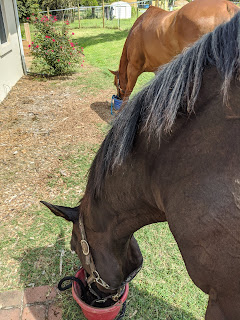 Home safe with post vet snacks and being a very fancy trail boi for my hubby. 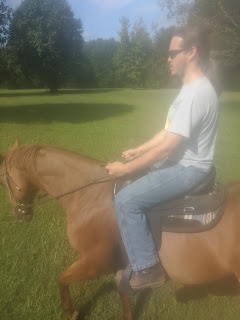 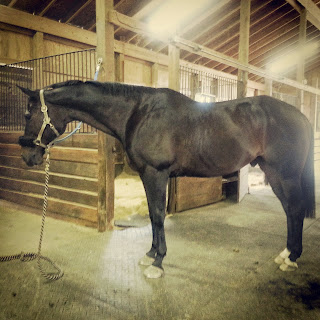 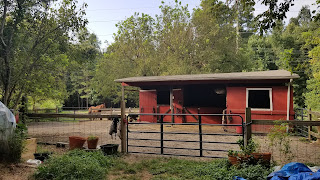