Ok, so what has really been happening

While Uno and I had our massive confidence wobble, that began to resolve pretty quickly.

I committed to a slightly difference fitness plan, and agreed to have my trainer XC school him a few times.  My first lesson back went great, and XC schooling was really eye opening. If I can ever get back for another lesson, I will have more to say about that but as always there was another part of the story.

Anyone who knows me in real life know how much my mental game is controlled by Dutch's continued well being.  If Dutch is happy everyone can be happy.  Since we got a new farrier, it really seemed like Dutch was finally starting to come back to something like serviceably sound.  His one stifle is weak, but has full ROM, and he is HAPPY to be working. 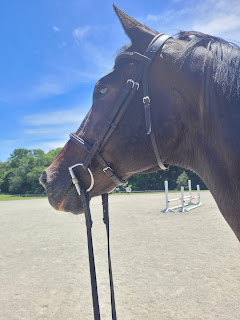 We had trailered off, he was working up to 30 minutes W-T under saddle and 90 minutes of W-T pony work.  And life was really really good!!! Then I went out of town for a weekend.  And came back to a heavy pony who could NOT breathe and would NOT SWEAT!!! 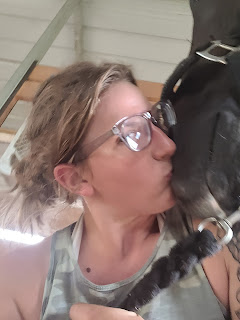 To make a LONG (like 10 days straight of daily vet visits) story short.  He had a minor upper respiratory infection and some serious heat intolerance.  It does not look like it was a COPD flair up, but this has been almost 3 weeks now of treatment and he is still not 100%.  The first big impact this had was to wipe out the entirety of my savings.  I have spent SO MUCH money on vet bills this month. The second big impact is that we were constantly on edge.  This is the first time since he almost died that we had to give him antibiotics and it was both expensive and stressful.

We finally were able to begin making a change to his bloodwork and getting his infection numbers down, but his breathing was still not ok.  He was in front of fans all day with his nostrils flared and his sides heaving.  The vet wanted us to try a different drug for his breathing and it was both hard to get (it has to be compounded and supply chain issues are effecting everything) and expensive as hell.  The lowest dose (which is what we have started with) is $12 per day.

He slowly started to respond and his resting respiration returned to normal, so the vet has had me slowly add work back in.  He is at 30 minutes of hand walking or 15 minutes of lunging.  His breathing still sky rockets, but returns to a normal resting state pretty quickly.  Tonight will be his last dose of the new meds and we will see if he immediately back slides.  Either way, this has pretty much shredded my nerves and life savings. 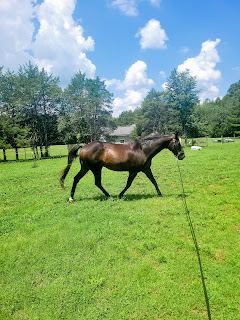 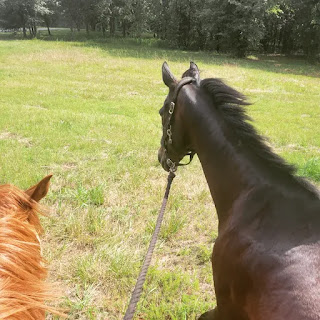 It has also inspired the best $35 purchase I have ever made - a Wyze camera for the barn, so now I can tune in whenever my anxiety rears it's ugly head. 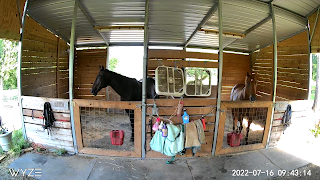 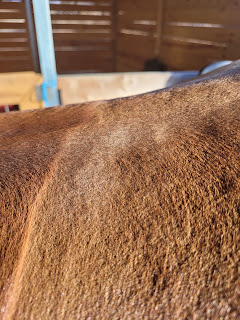 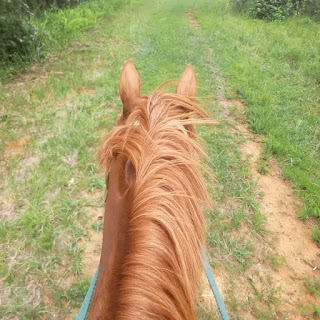